The Quick and Dirty Guide to Software-Defined Data Centers

Software-defined data centers (SDDCs) continue to become an attractive option for organizations looking to maximize versatility with their data environments. According to a report from Allied Market Research, the market for SDDCs will grow to an impressive $139 billion by 2022. Organizations that get on board with this trend will be well-positioned for this expansion.

However, one obstacle might stand in the way: SDDCs are complex. Understanding the technology is challenging enough; adequately explaining and selling it to potential customers can be downright overwhelming.

What Are Software-Defined Data Centers?

According to a Gartner blog post, SDDCs are a layer of abstraction above multiple layers (network, virtualization, storage, and so on) in which data centers—wherever they are located—are controlled and automated from a single control plane, using a set of APIs. More specifically, an SDDC is a data center in which the infrastructure (including compute, storage, and network) is fully virtualized.

At the heart of the SDDC is virtualization—also known as modern software-defined compute—which is now a standard technology used by most data centers. According to VMware, servers that are deployed conventionally operate at fewer than 15 percent of capacity. Virtualization completely rewrites the equation. Each virtualized application and operating system is contained in its own software container called a virtual machine (VM). Because multiple VMs can run simultaneously on each server, hardware capacity is optimized, thus resulting in increased performance and higher availability.

Control of these data centers, including hardware configuration, is fully automated by software. This makes it easier to integrate and automate data center activities and change network configurations—such as servers and storage—on demand. Because the SDDC looks like a cloud infrastructure, you receive a higher level of management integration.

Virtualization enables IT to achieve more at significantly lower costs. And because the infrastructure is completely virtualized, organizations can use tools from a variety of vendors to manage the environment and automate the provisioning of IT resources. Big names such as VMware and Microsoft offer virtualization through vRealize Suite and Azure respectively, with Intel and IBM also offering similar platforms for organizations to choose from.

How Are Software-Defined Data Centers Different from Other Cloud-Based Options?

SDDCs are a step forward in the evolution of cloud computing because they support both legacy enterprise applications and newer cloud services. But they do have some major differences when compared with other cloud-based options. For starters, the private cloud is simply a service, as opposed to an architecture. In the SDDC, everything is automated with software and abstracted from the hardware layer. In this context, businesses can use private cloud services as part of a software-defined data center.

The SDDC offers the flexibility and availability of the cloud in an on-premises environment. In many cases, customers achieve a hybrid cloud solution in which cloud offerings are a seamless extension of the SDDC. Using an SDDC can improve networking efficiency. Rather than use dedicated hardware, organizations can allocate resources as needed.

Ultimately, SDDC is the method in which you build and manage your infrastructure. Software-defined data centers comprise numerous building blocks such as storage, networking, and related services and serve as an abstraction of a data center’s physical infrastructure.

Challenges for Partners in SDDC

Much like virtualization, SDDC delivers increased speed and agility while helping organizations contain costs and better utilize their hardware. Gone are the days of a single server hosting a single app with a single digit utilization. However, this agility and efficiency presents several challenges for partners tasked with selling this complex solution.

Part of the task for partners is acquiring the skill sets required to design and deploy the SDDC. For example, in terms of VMware, many partners don’t have engineers experienced in deploying NSX and vRealize Automation. Another challenge is finding partners who understand and are able to sell the SDDC vision.

Setting Yourself Up for Success

This post just scratches the surface on what SDDCs can offer, but the information should be enough for you to peel back some of the complexity inherent in the technology. And that complexity shouldn’t be a deterrent to selling but a strength—the deeper your partners’ skill with SDDCs, the more likely customers will adopt the solution.

Working with your partners closely is key so that your expertise translates into their expertise. A strong partnership benefits you, your partners, and, most importantly, your customers. 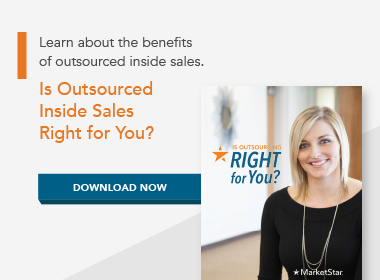